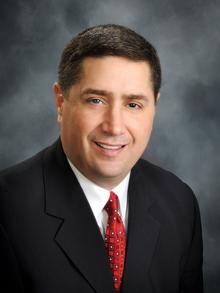 Colpoys started at National Fuel in 1987 as a management trainee and was named junior engineer soon after. He has held several management positions within Pennsylvania operations throughout his career, advancing to assistant vice president in 2009. Most recently, Colpoys served as vice president of National Fuel Gas Midstream Corporation and oversaw the development, construction, and operation of the Company’s expanding gathering pipelines.

Colpoys received a bachelor’s degree from Clarkson University and Master of Business Administration from Penn State Erie, The Behrend College. He serves as a board member for the Pennsylvania Independent Oil and Gas Association and the 100 Club of Buffalo. He resides in Erie, Pa.