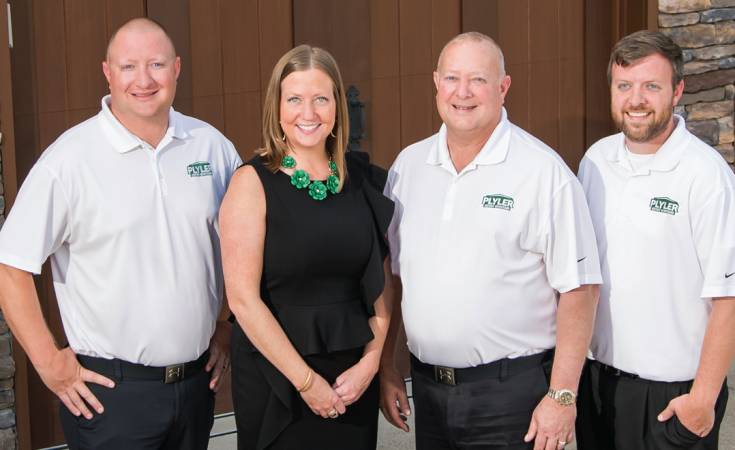 Jeff Plyler has many reasons to be excited about the future.

Not only has his Northwest Pennsylvania-based company rolled out a new name, Plyler Entry Systems, and logo to match, it is also marking 50 years of continuous operation — a major milestone for any small business in America today.

For half a century, the Plyler name has been synonymous with successful family ownership and recognized as the overhead door company of choice for customers throughout the tri-state region.

Today, Plyler is literally “opening the door” to a new era, one only shared by a minority of small business owners. Of the nearly 90 percent of U.S. companies that are family owned and operated, experts estimate only one-third of companies will make it past their 10th anniversary. But for those who do, family businesses, such as Plyler Entry Systems, continue to be a key driver for the local economy.

Plyler, chief executive officer of Plyler Enterprises, is proud of how far the company, started by his father, Ernie, has come and how it has thrived and flourished since it was established in McKean in 1967. Plyler keeps it simple when he describes his company’s secret to success — a commitment to treating people fairly and top-notch customer service that has given Plyler a reputation for quality and reliability time and again.

“After 50 years, we still have customers that have been doing business with us since Ernie was involved,” says Plyler. “We are very proud of these longstanding relationships, which have contributed to our growth.”