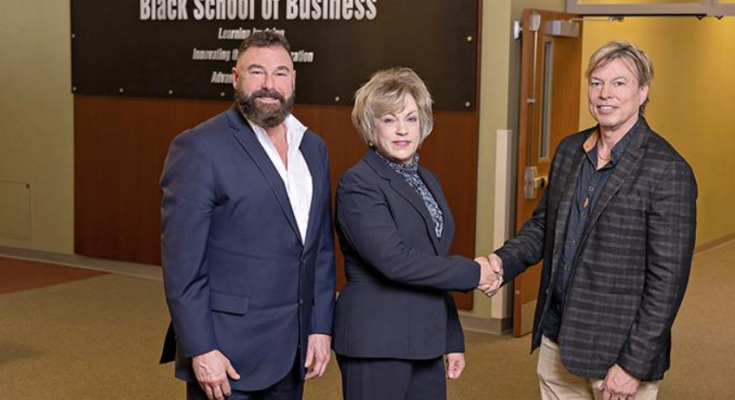 When most people think of family businesses, the idea of multi- generation family members working alongside one another comes to mind. Parents and children. Brothers and sisters. It can appear to be the perfect picture of the American dream.

But, although these family members may be working together, that doesn’t mean the transition from one generation to the next is an easy one.

Research shows that family businesses face some of the greatest challenges to keep the “dream” alive, especially when it comes to succession planning. According to Businessweek.com, about 40 percent of U.S. family owned businesses transition into second-generation businesses, approximately 13 percent are passed down successfully to a third generation, while 3 percent survive to a fourth or beyond.

So, what is the difference maker when it comes to longevity? Experts have found that supportive resources can have a significant impact on family businesses, which is why Penn State Behrend launched a new outreach initiative, the Center for Family Business at the Black School of Business in Erie, Pennsylvania.

“There are so many incredible family run businesses in this region, and they are the lifeblood, particularly in a lot of smaller towns, which have a rich history and pride,” explains Greg Filbeck, DBA, director of the Black School of Business. “However, you see many of these companies where there’s not a succession plan in place, and they sell off to an outside entity. Often what ends up happening is that they dismantle the best pieces of the business, and the company ships off somewhere, leaving many wonderful communities in an economic hole.”

“Through the Center,” Filbeck continues, “we’re trying to leverage the wealth of knowledge that exists with these leaders to be able to create a series of programs that will be able to assist and help family businesses and the community too.”

Filbeck, a former associate director at the University of Toledo’s Center for Family Business, understands the valuable impact that such a center can have on the economic development and sustainability of a community — and projects a gain of up to 10,000 more jobs within the next 10 years in northwest Pennsylvania if the Center is successful.

“Erie’s large enough to be able to support a lot of family businesses, but still small enough for the personal aspect of what we do here at Behrend,” Filbeck states. “The fact that we have that personal touch really makes a huge difference. We also see this as a resource that can help other Penn State campuses as well.”

In October 2020, Filbeck, backed by Behrend Chancellor Ralph Ford, Ph.D., began the first steps to get the program off the ground. He recruited an advisory board, a diverse mix of leaders — young and old — from various family businesses throughout the region, to form the mission and vision for the Center.

Doug Neckers, for one, was eager to get involved. Neckers is the chief executive officer of Maplevale Farms, a family owned and operated broad line food distributor with 200 employees headquartered in nearby Falconer, New York. The company is now in its third and fourth generations and is looking at how to strengthen its succession planning through both family and non-family member executives.

“We can be a great encouragement for other family businesses,” he says.

The leadership team planned via Zoom until they could meet in person and, finally, opened the Center in fall 2021 with a special guest presentation by the leaders of Spangler Candies, one of the best-known family candy companies in the United States. In January 2022, the Center appointed its first director, Mary Beth Wilcher, a widely recognized name in northwest Pennsylvania and a seasoned professional in the financial field and providing resources to support area businesses.