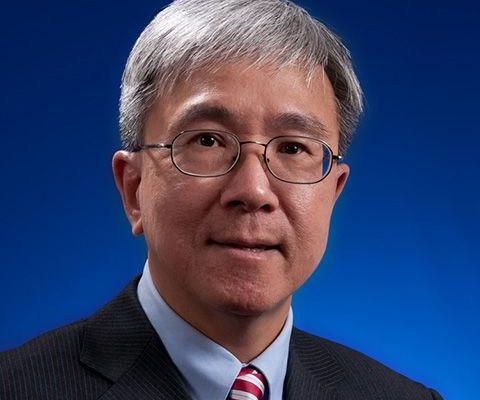 As concerns mount about a looming recession, many people are looking to economists to see if there is any silver lining expected in the year ahead. Here, Ken Louie, Ph.D., director of the Economic Research Institute of Erie (ERIE) and associate professor of economics at Penn State Behrend, talks about growth estimates, as well as the statistics and trends that are expected to impact the economic outlook for 2023.

How would you describe the outlook for the U.S. economy as we begin 2023?

The U.S. economic outlook for 2023 has become somewhat gloomier in light of the stubbornly high inflation rate and the Federal Reserve’s attempts to bring it back down to the desired 2-percent target by nudging up interest rates. As of September, the U.S. labor market remains fairly robust, with nonfarm payroll employment increasing by 263,000 and the unemployment rate declining slightly to 3.5 percent. However, the Fed’s aggressive monetary policy stance has stoked fears that the higher interest rates will tip the economy into recession in 2023.

Looking ahead, U.S. economic growth is expected to average 0.7 percent and 1.2 percent in 2023 and 2024, respectively. What does your research show?

What about the regional economic outlook? How does it compare with the state and nation for 2023?

From a historical perspective, the regional economy was fairly stable prior to the pandemic, with Erie County’s real GDP growing modestly by 1.4 percent in 2019. This was lower than the 2.3-percent growth rate for the nation as a whole, and only slightly below the 1.7-percent growth rate for the Commonwealth. Unfortunately, as a result of the disruptions caused by the pandemic, real GDP in 2020 declined by 5.8 percent in Erie County, 4.5 percent in Pennsylvania, and 3.4 percent in the United States as a whole. Data on the growth rate for the regional economy in 2021 and 2022 are not yet available, so it’s too early to determine the post-pandemic rate of growth in the Erie economy.

The national unemployment rate is expected to increase due to the Fed’s tightening of monetary policy and the resulting slower rate of economic growth. The Fed’s latest median forecast suggests that the U.S. unemployment rate will increase from 3.8 percent in 2022 to 4.4 percent in both 2023 and 2024 before dipping slightly to 4.3 percent in 2025. At the local level, gradual recovery from the pandemic has lowered the unemployment rate to 5.0 percent in August compared to 7.0 percent a year earlier. However, the local labor market remains somewhat lethargic, with nonfarm employment growing by less than 1 percent on a seasonally adjusted basis since January. Also, Fed policy as well as slower growth may add further pressure on the local labor market in 2023.

What key areas/current issues should we be keeping our eyes on when it comes to the economic forecast for 2023?

One key thing to watch is the degree to which the Fed continues its aggressive monetary tightening to fight inflation, and the impact of that monetary policy on inflation, unemployment and the performance of both the national and the local economy. In other words, we should focus on gauging the degree to which the Fed is achieving the elusive goal of engineering a “soft landing” for the economy so that it fulfills its dual mandate of promoting maximum sustainable employment and price stability.

Of course, other issues we should continue to keep our eyes on include the ongoing war in Ukraine, which has continuing economic repercussions around the world, including significant impacts on global food and energy markets. Domestically, the U.S. midterm elections are also important since the results may affect the nation’s fiscal policy in the next few years.

To learn more about the 2023 economic forecast, register for the MBA’s in-person and virtual Economic Outlook IMPACT luncheon on December 8 at mbausa.org.