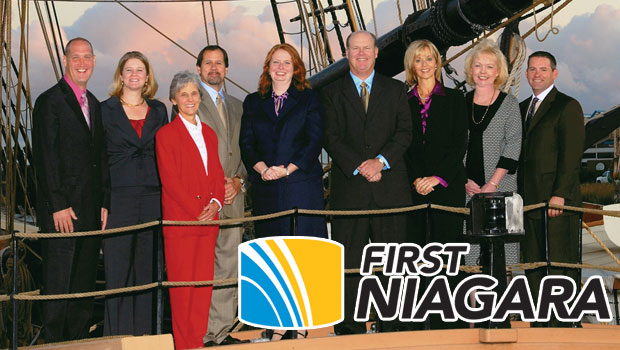 First Niagara may be new to Erie and western Pennsylvania, but the bank already is poised to become a ﬂagship in the commercial and retail banking market.

Earlier this fall, First Niagara Financial Group, Inc., the holding company of First Niagara Bank, completed the acquisition of 57 bank branches and 69 ATMs – in and around Erie, Warren and Pittsburgh, including $3.9 billion of deposits and $757 million of performing loans from National City Bank, a subsidiary of The PNC Financial Services Group, Inc.

Now, with more than 600 employees in the region, First Niagara Bank is positioned to service more than 200,000 customers across western Pennsylvania.

Read more in the November 2009 issue of the Business Magazine.