Home On The Hill Mad Enough to Slam the Brakes on Federal Regulators? 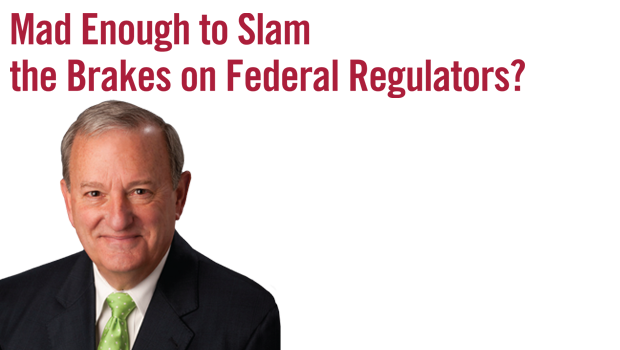 When Randy O’Dell opens the doors of Jafe Decorating Co. each morning, he sees the faces of 40 people, each with different talents, skills and dreams. Like most small employers, he and his employees are close, almost like family and they share a future that depends on the survival of the Greenville, Ohio glass manufacturing business.

Those of you who have employees or who hope to grow big enough to need others to help you build your business appreciate the value of productive employees. They aren’t just people who punch in and out every day; they are important contributors to your business and the financial foundation that holds their nation together.

But President Obama’s administration is changing that. You see it in virtually every corner of your operations — new rules, new regulations, more mandates, trickier taxes and demands that you spend your time filling out non-essential paperwork.

Randy O’Dell would never call an employee “Mrs. Ten-thousand, five hundred dollars;” he’d say her name. But if federal regulators aren’t reined in, that might be the first thing that comes to his mind when his crew shows up for work each morning. $10,500 — that’s how much the average small business pays per employee each year to comply with government rules.

Since 2005, major federal regulations — those that will cost the economy more than $100 million or more — have increased 60 percent. Over 220 were decreed last year, the highest number ever recorded.

And more are on the way. Soon to spurt from the federal pipeline are another 4,226 regulations, 845 of which will have an impact on small businesses.
Meeting the demands of federal regulations costs Brad Muller’s Charlotte, N.C. Pipe and Foundry Co. millions of dollars each year in staff time, equipment and programs.

And that’s just one American small business. Look around your place and you can understand that when you add all the countless hours wasted with government nitpicking, and multiply that by millions, it’s no surprise that the drain on the nation’s economy diverts $1.75 trillion a year — more than 12 percent of our gross domestic product.

Maddening, isn’t it? But getting mad is only the first step to finding a solution to runaway regulation.

It’s time to slam the brakes on the federal government’s rule-making machine. Join NFIB’s new campaign to bring balance to Washington’s regulatory process. Get active in “Small Businesses for Sensible Regulation” today, an important effort that will feature personal stories of small businesses like Randy O’Dell’s and Brad Muller’s that excessive regulation is smothering.

The future of your business and millions of others depends on this campaign.

Dan Danner is the president and CEO of the National Federation of Independent Businesses. For more information, visit www.nfib.com.

TAGon the hill
Previous PostPrivate Exchanges May be New Model for Health Insurance in the Future Next PostE.E. Austin & Son, Inc. 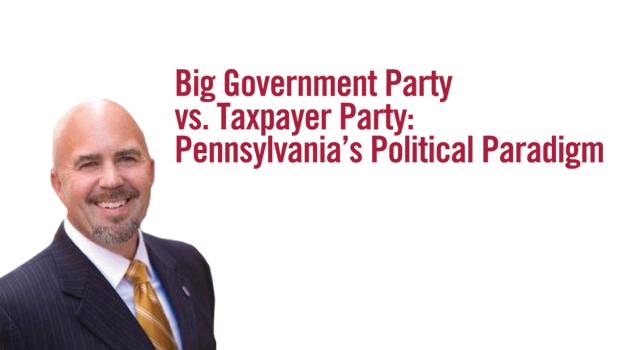