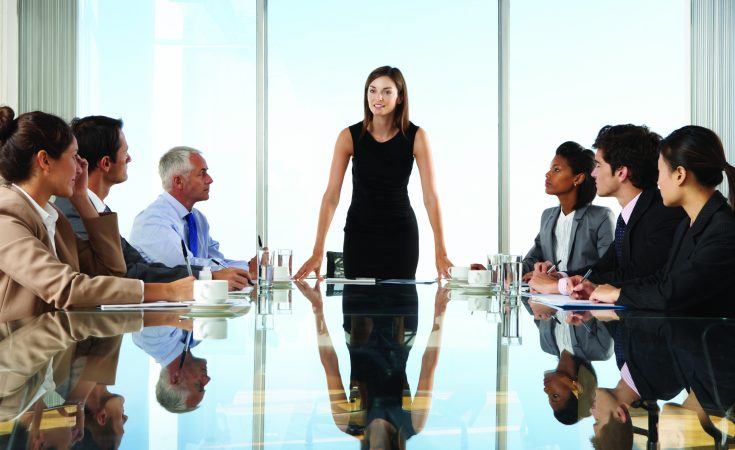 Women in the Workplace: Facing the Same Challenges Generations Later

Jamie R. Schumacher is an associate in the Litigation Department at MacDonald Illig where she concentrates her practice in the areas of commercial litigation, employment litigation, and insurance defense. She is also a member of the firm’s Marketing Committee and Emerging Technologies/Copyright & Trademark Practice Team.

In a 2015 Thomson Reuters Foundation survey of more than 9,500 women ages 18 to 64 living in a G20 country, women identified the three top challenges encountered in the workplace: 1) work-life balance; 2) equal pay; and, 3) harassment.

Work-Life Balance: Are Work-Life Programs an Answer?
In the survey, only 45 percent of women ages 35 to 64 felt confident about juggling the competing demands of career and personal life. Among American women, only 36 percent believe they can have a baby without damaging their careers. Work-life balance is particularly important to Generation X and Millennials, many of whom seek greater control over their personal time. As a result, “work-life programs” have developed as an alternative to the traditional 9-to-5 schedule. Examples include flex-time, telecommuting, discretionary leave, job-sharing and shift-swapping.

Properly designed and consistently implemented work-life programs can provide employers a competitive edge in attracting and retaining a diverse, productive workforce. If poorly planned or administered, however, such programs can backfire and become a source of managerial resistance, employee morale issues and legal exposure since such programs can implicate certain federal and state employment laws. To reduce risk, disseminate clear policies and procedures, document decision-making, regularly train managers and human resources, and consult employment-law counsel in the planning stage and throughout implementation.

Equal Pay: Pennsylvania Gets a C+
Pennsylvania’s Equal Pay Act prohibits paying wages to any employee at a rate less than paid to employees of the opposite sex for equal work. Equal work is defined as work of substantially equal skill, effort and responsibility, under similar working conditions.

While the Act was passed more than 50 years ago, a recent “Status of Women in the States” report from the Institute for Women’s Policy Research gave Pennsylvania a C+ in the category of Employment and Earnings. Statewide, the median annual earnings of men were $12,000 higher than those of women, and a woman earned 76 cents for every dollar a man earned.

In February 2017, the state Senate addressed this inequity by approving a bill that more clearly defines the factors upon which varying wages may be based and prohibits employer policies that prevent employee discussion of wages. To-date, however, no further action has been taken by the legislature.

Harassment: #WillItBringChange?
In the 2015 Thomson Reuters survey, nearly one-third of G20 women stated they had been harassed at work, and more than 60 percent did not report it.

The #MeToo movement began on October 5, 2017 and became a globally recognized campaign 10 days later when victims of sexual harassment were encouraged to tweet the words “me too.” In the first month, #MeToo was tweeted more than 2.3 million times in 85 countries. Just three months later, #MeToo was named Time magazine’s Person of the Year, recognizing sexual harassment and assault as one of the most important stories of 2017.

While shedding light on a dark corner, #MeToo also has caused confusion and anxiety among some employees in the workplace. It should be understood that unlawful harassment takes place when: 1) enduring the offensive conduct becomes a condition of obtaining or continuing employment; or 2) the conduct is severe or pervasive enough to create a hostile work environment.

Prevention is the best tool to eliminate harassment in the workplace. Employers must consistently communicate that such unwelcome conduct will not be tolerated and should establish an effective grievance process with training for both supervisors and employees. Employment-law counsel can assist in this effort.