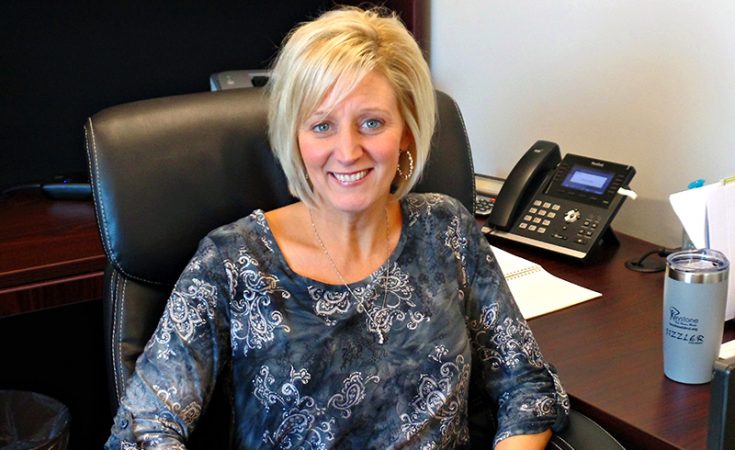 The Keystone Blind Association has announced that Laurie Staph has been named as the organization’s new president and chief executive officer.

Staph is a 1996 graduate of Union High School in New Castle, Pennsylvania, attended Gannon University in Erie where she obtained her Bachelor of Science Degree in Accounting, graduating Summa Cum Laude, and earned her Master of Business Administration in 2001 from Gannon University. She worked as an auditor with KPMG, LLP in Cleveland for two years prior to coming back to the area and working as a senior auditor at Black, Bashor & Porsch in Sharon for seven years. In 2010, Staph washired by Keystone as the chief financial officer and vice president of Finance until she was promoted to senior vice president of Finance in 2015. She is a member of the Pennsylvania Institute of Certified Public Accountants, as well as a member of the American Institute of Public Accountants. She is also a member of the Board of Directors of Unique Source.

In addition to Keystone Blind Association, Staph will serve as the president and CEO of Keystone Independence Management, which handles the day-to-day operations of six agencies across the state of Pennsylvania. These agencies provide health and human services for blind and visually impaired individuals, as well as employment opportunities for blind and/or disabled individuals through various contracts for products and services at the federal, state and local level.