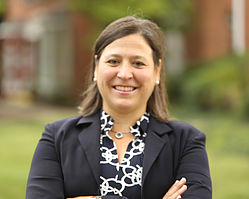 338
0
44th District’s Gaydos Ready to Fight for Pro-Business Legislation
Eileen Anderson is the director of government relations for SMC Business Councils, which recently merged with the Manufacturer & Business Association and is based in Cranberry Township. Contact her at eileenanderson@smc.org or 412/342-1606.

Editor’s note: The Pennsylvania Legislature began this year with a record number of female lawmakers. The 63 women now serving in the House and Senate make up a quarter of the state’s 253 lawmakers during the 2019-20 legislative session. The 50-member Senate now has 12 women, half from each party. The 203-member House has 51 female lawmakers (22 Republicans and 29 Democrats). To celebrate the Business Magazine’s “Women in the Workplace” issue, we are highlighting one of those recently elected lawmakers, a pro-business legislator who understands the issues that businesses are facing today.

Valerie Gaydos was elected to the Pennsylvania House of Representatives in November. Businesses across the state should be thankful that she ran and was hired by the voters of the 44th District. The District is located in Allegheny County, just outside Pittsburgh, the county seat.

In an MBA Supervisory Skills class, I learned that those who interview people for jobs make the decision to hire within the first several minutes. Such was my meeting with Gaydos. Within two minutes, it was apparent that she is a force to be reckoned with. Her candidness, confidence and business acumen were immediately apparent. She wasn’t one of life’s spectators; she’s someone who faces challenges head on.

During our discussion, I could see her inner core of steel, not shiny, hard stainless, but a core with a rough surface, nicked, but still malleable, formed by her personal and business experiences. She cared for her husband who died of lung cancer, and then later — a nine-year career interlude — for her mother with Parkinson’s. For Gaydos, now is the right time. She is primed, sleeves rolled up, and ready to fight the good fight when she could have just as easily taken another path.

Gaydos says she understands the state’s problems and will tackle them. She has demonstrated her leadership skills in arenas where women are the minority. She has been a businesswoman for 25 years and has a proven track record of building businesses. In 1994, Gaydos started her own company, from the ground up, and went on to invest in successful
start-up companies.

As an angel investor, she has helped small businesses succeed and create jobs. Women comprise only 22 percent of angel investors, according to a 2017 Harvard Business School report, “New Study Sheds Light on Angel Investors in the U.S. Economy,” and Gaydos is proud to be among them.

Gaydos supports pro-business issues and is well-positioned having been assigned to the Education, Commerce and Health Committees. She will fight for policies that attract new jobs and residents to Pennsylvania. Her core beliefs:

• Lower taxes to enable PA to remain competitive. We have one of the lowest caps on Net Operating Loss (NOL), a huge issue for start-ups.

• Reduce paperwork and regulations. Mandates on employers are part of the reason why many employers face wage constraints.

• Affordable health-care options are needed, including pooling of small businesses to purchase lower cost health insurance policies. Gaydos was forced to close her own business after several years of skyrocketing premiums.

With her depth of experience and a mental toughness reminiscent of the “Steel Curtain,” Gaydos is a welcome addition in the state Capitol and to the constituents she represents.

Previous PostHow Do You Determine Who Is ‘High Potential’? Next PostWomen in Leadership