Home On The Hill Pro-Growth Policy in the Real World 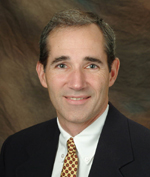 Guy Berkebile is the founder and CEO of Guy Chemical Company Inc. located in Somerset, Pennsylvania.

Association (MBA) is dedicated to advocate for pro-growth policy. As part of these efforts, the Association often provides examples of how bad policy affects its members. Conversely,

it is equally important to praise good policy when it works. Those not directly involved in the business world are forced to rely on mere talking points when speaking on business policy. Yet, those who live the effects know the real story.

The federal Tax Cuts and Jobs Act (TCJA) was praised by the business community but criticized by media pundits as hurting the middle class. The Association decided to put this to the test. According to the MBA’s 2019 MBA Government Affairs Survey, the majority of survey takers indicated they benefited from the Tax Cuts and Jobs Act. When prompted how they used the savings and additional revenue, the top vote-getters included: investing into their company, raises/bonuses for their employees and new hires.This is great news, but it is even better when we receive direct feedback from Association members. The following is the experience from MBA member Guy Berkebile of Guy Chemical who details how he and his employees benefited from the pro-growth provisions:

“The expensing of capital asset purchases is a provision of the 2017 Tax Cuts and Jobs Act that is unknown by many people. As a manufacturer who relies heavily on equipment, this provision is as important to us as the actual reduction in the corporate tax rate.

Located in Somerset, Pennsylvania, Guy Chemical Company Inc. is a formulator, compounder and packager of adhesives, sealants and greases for a number of national and international brands. Within two months of the 2016 election, we began seeing an uptick in orders so large that we were unable to keep up with demand using the existing equipment and physical plant. We needed to expand.

Prior to 2018, the tax laws required business owners to depreciate (deduct)
the cost of assets with a long useful life over a period of years. The Tax Cuts and Jobs Act was signed into law by President Trump in December 2017 allowing business owners to deduct the entire cost of purchased assets, new and used, in the year the equipment is put into service. The result is a reduction in net profit declared and lower taxes paid to the government, making the asset purchase more affordable. And, boy, did we takeadvantage of this change in the tax law.

In desperate need of additional manufacturing equipment to keep pace with orders, we purchased three new chemical mixers, expanding our mixing capacity by four times! We purchased two new packaging lines, new pumps, and a new heater/chiller unit. We also furnished a new R&D laboratory that is five times larger than our existing lab. Finally, we acquired a company in Vermont, Ultramotive Corporation, that specializes in filling sealants into power cans.

The net result for Guy Chemical in 2018 was an investment in the millions
of dollars, savings in the hundreds of thousands of dollars, revenue increase of almost 30 percent and 29 new jobs. More importantly, we are now set with excess productive capacity to continue our growth in the future.”

Worth Noting: To those with doubts on how good policy can work for you, look no further than Guy Chemical. If you still think the “middle-class” didn’t benefit from this policy, ask Guy’s 20 new hires how their economic situation improved, not to mention the manufacturers with sales from all the newly purchased equipment.

If you would like to learn more about the MBA’s Government Affairs team and how it advocates for your success, visit mbausa.org or call 814/833-
3200.