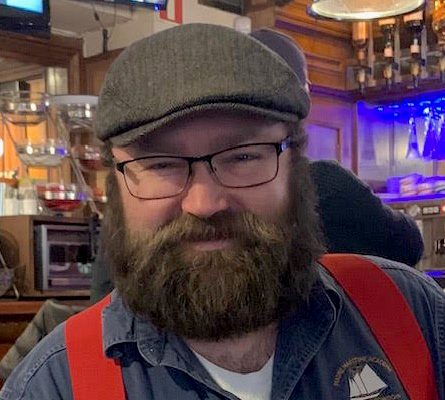 The Flagship Niagara League is a 501c3, nonprofit educational associate organization of the Pennsylvania Historical and Museum Commission (PHMC), chartered to facilitate citizen participation and operation of the U.S. Brig Niagara and its home port at the Erie Maritime Museum. Here, William Sabatini, the fourth captain of the U.S. Brig Niagara, discusses the Niagara League and plans under way for one of the region’s most highly anticipated events, Tall Ships® Erie 2022, presented by Highmark.

You’ve been captain of the Niagara since 2014 but started your career with the Flagship Niagara League in 2005. Please describe your background and sailing experience?

I started sailing on tall ships when I was 14 at Tabor Academy in Marion, Massachusetts on the school’s 114-foot schooner Tabor Boy. Rather than playing sports every day after school, I went sailing. For my senior project, I finished the rebuild of a 1930s wooden sailboat, which I then sailed along the coast of New England following graduation. From there, I attended Maine Maritime Academy (MMA) in Castine, Maine, earning a degree in small vessel operations with a concentration in sail training, which is exactly what I do now. While at MMA, I created and ran the student sail training program on the schooner Bowdoin. This experience was the groundwork of the great sail training programs we offer on Niagara with people of all ages, all over the world.

My career on Niagara started in 2005 when I was hired as third mate, with promotions through the ranks for six years before becoming captain in 2014. During the winters, I would sail on other tall ships in the Caribbean and West Coast to further my training and experience. I’ve crossed the Atlantic Ocean twice, sailed on the East Coast from Nova Scotia to Venezuela, and on the West Coast from Mexico to Alaska on tall ships, yachts and commercial vessels. I maintain a 200-ton Master’s/Captain’s license and 1,600-ton mate’s license. I’ve sailed well over 100,000 nautical miles.

The U.S. Brig Niagara has a rich history in the Great Lakes. Tell us more.

Surprisingly, Niagara continued to sail after the Battle of Lake Erie under a captain that wasn’t Oliver Hazard Perry. She partook in engagements in Mackinaw Island and Georgian Bay until the end of the War of 1812. When the Treaty of Ghent was signed, she was already in Erie and scuttled because she had no further identified purpose. Today’s Niagara is the fourth incarnation built with original parts in 1988. The second and third constructions were in 1913 for the centennial celebration, and a restoration started in the 1930s but remained unfinished until 1963. Keeping her sailing and well maintained assures she will not deteriorate again. Much of this is done with the assistance of volunteers working in concert with our crew and shipwright.

Niagara is internationally recognized for having one the finest sail training programs in the United States and globally. We have been recognized as the Sail Training Program of the Year twice in the last decade by Tall Ships America.

One of the most exciting events hosted by the Niagara League is Tall Ships® Erie 2022, which is set for August 25 to August 28. What else should we know?

Tall Ships® Erie is a celebration of Erie’s bayfront and her maritime heritage. During TSE2022, Erie becomes the center of traditional sailing in America as the largest Tall Ships festival in the Great Lakes, welcoming over 100,000 people in 2019. It is a family friendly, four-day event where people can experience a beautiful parade of sail, ship tours, musical entertainment, education activities, and even enjoy a day sail aboard a ship. It is a great opportunity for businesses to showcase Erie and host events for their clients, vendors or staff.

How can area businesses get involved?

TSE2022 is made possible only with the support of our presenting sponsor Highmark, and our other business and corporate partners. We work collaboratively with our tourism and hospitality partners, and small businesses can participate in our Maritime Marketplace or food truck service. We have sponsorship packages that offer marketing opportunities with receptions and day sails, executive engagement or corporate volunteer teams to help make the festival happen. Pittsburgh is also a major market of our event, and businesses can engage this group in our sponsorship program.

What’s the best way to learn more about the Niagara League and Tall Ships® Erie?