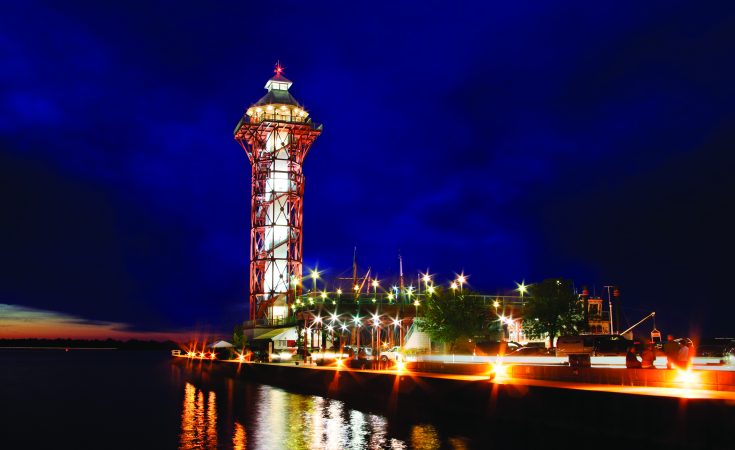 Hospitality and tourism are big business. In addition to helping attract visitors to some of the region’s best assets, these industries are a driving force of the economy and have tremendous impact on communities across the globe — and close to home.

Keystone State
According to the Pennsylvania Department of Community and Economic Development, tourism is one of Pennsylvania’s key industries, generating more than $40 billion annually from visitor spending and supporting nearly half a million jobs, primarily in the hospitality sector. Each year, the Commonwealth hosts almost 200 million travelers from across the United States, nearly 2 million visitors from Canada, and 1 million from overseas markets. Almost 14 million travelers visit the state’s national park sites, including northwest Pennsylvania’s Presque Isle State Park, and their spending contributes significantly to the state’s economy each year.

Tax revenues generated at both the state and local level from tourism fund vital services including public safety, education, and other essential programs that benefit all Pennsylvanians. Tourism also provides a wide range of employment opportunities across numerous industries and all skill levels — from entry-level clerks to chief executives and from industrial to scientific.

Here, in our June edition of the Business Magazine, we’ll take a look at the many businesses and organizations that are helping to draw visitors to our region. But first, we’ll go behind the scenes and talk to representatives from AG Aegis Company, Inc. in Corry, Pennsylvania on how they’ve been helping many of these employers achieve their environmental, health and safety goals for 30 years.

We’ll also hear from Nick Scott of Scott Enterprises on how he’s been able to put Erie on the map as a travel destination through his more than 50 years of hospitality experience, as well as his many hotels, restaurants and resorts. Plus, don’t miss our guest column on the important role that food safety and handler training can play in your operation’s success and overall customer experience.

The Manufacturer & Business Association is proud to support member companies of all industries, including those in the hospitality and tourism sectors, in delivering a world-class customer service experience. To learn more about our many offerings, take a look at our newly redesigned Training Catalog in this issue or visit www.mbausa.org to learn more!