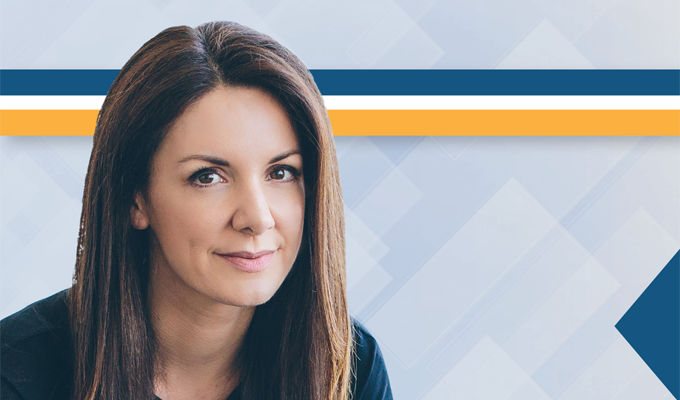 ERIE — The Manufacturer & Business Association (MBA) is pleased to announce that its 114th Annual Event is sold out. The 2019 event, which features keynote speaker and American businesswoman Kat Cole, chief operating officer and president, North America, FOCUS Brands, and former president of its highly successful subsidiary Cinnabon, starts at 5 p.m. Wednesday, October 9, at the Bayfront Convention Center, 1 Sassafras Pier. All media are invited to attend.

“We are thrilled to have another great turnout for our Annual Event, and we are extremely excited to have our members hear from our highly acclaimed keynote speaker,” said Association President and CEO John Krahe. “Ms. Cole’s personal and professional journey is indeed inspiring and certainly transcends industries and job titles, with her often stating, ‘don’t forget where you came from, but don’t dare let it solely define you.’ ”

During her address, Cole, whose Twitter handle describes her as a “COO&President @FOCUSBrands Globeroaming w/@daleyervin, Curious, Conscious, Coffee-loving Chronic Learner, UN-YGL, Advisor, Speaker, Humanitarian, Mom, she/her,” will share the story of her accelerated rise up the corporate ladder, from her start working as a hostess to leading some of the world’s best-known food brands. She also will provide her insight and perspective on what it takes to create and lead successful teams and drive innovation, as well as her approach to brand building and change management.

According to her biography, Cole’s improbable rise from working as a Hooters hostess to running a billion-dollar brand in under two decades is an exemplary story of grit, service and hustle. By the time she was 26, Cole earned the role of vice president of a multinational brand, doing $800 million in revenue at Hooters. In her final two years as an executive at Hooters, she earned her Master of Business Administration degree from Georgia State University while serving as chair of the board of the Georgia Restaurant Association and Board member of the Women’s Foodservice Forum.

Cole was soon recruited by FOCUS Brands and Cinnabon to serve as chief operating officer and was promoted to president of the company within three months. Under her leadership, Cinnabon’s multichannel brand team saw record sales growth — breaking the $1 billion mark — brand expansion and franchise evolution, in just four years. Today, Cole serves as chief operating officer and president, North America, of FOCUS Brands, Cinnabon’s parent company, where she is responsible for building revenues and profits for seven franchise food brands in 60 countries through global licensing, manufacturing and e-commerce. In addition to Cinnabon, FOCUS Brands’ multichannel division helps grow Auntie Anne’s, Carvel, Jamba Juice, Moe’s Southwest Grill, McAlister’s Deli and Schlotzsky’s.
Page 2 of 2
Among her other credits, Cole serves on the United Nations Foundation Global Entrepreneurs Council, is a Young Global Leader (YGL) of the World Economic Forum and also a co-founder of Changers of Commerce, a movement and group of leaders that identify “mixing money and meaning, and making as much of a difference in the world as they make a profit.” She also has been featured on CBS’s “Undercover Boss,” and in publications ranging from The Wall Street Journal, The New York Times, Forbes, Inc., and Fortune to Cosmopolitan, Real Simple and Glamour. Cole has received many accolades, including being named one of Fortune’s “40 Under 40” and to CNBC’s “Next 25 List of Rebels, Leaders and Innovators.”
A sellout each year, the MBA’s Annual Event is the tri-state region’s premier business networking event, featuring the nation’s most prominent figures in business, politics and journalism. Among the most recent speakers are “Shark Tank” stars Damon John (2018) and Robert Herjavec (2016) and legendary coach Lou Holtz (2017).
This year’s Annual Event is sponsored by Ridg-U-Rak, UPMC Health Plan, Greenleaf Corporation, Howard Industries, Insurance Management Company, Logistics Plus, LORD Corporation, MacDonald Illig Attorneys, McInnes Rolled Rings, National Fuel, PNC and Widget Financial.