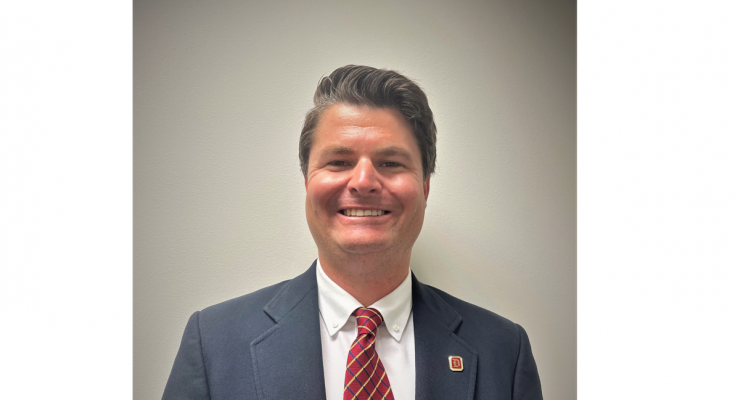 ERIE — The Erie County Historical Society – Hagen History Center board of directors announced that Caleb M. Pifer has been selected as the new executive director with a start date of June 13, 2022.

Pifer is a familiar name in Erie as he was executive director at the Hagen History Center from 2013 to 2016. He also served as director of marketing and development at the Erie Maritime Museum from 2010 to 2013. In 2016, he was vice president of external relations and advancement at Mercyhurst University. In 2020, he became senior advisor to the president at Duquesne University in Pittsburgh.

In his role at Duquesne, Pifer handled fundraising, marketing and project management for the $151 million proposed Duquesne College of Medicine.

“I’m proud to return to Erie, and I’m excited to work with the staff, board of directors, volunteers and community on increasing tourism to the Hagen History Center and to Erie. I look forward to gaining more national attention for the Hagen History Center, an Erie County lead asset,” he said. “With the addition of the Frank Lloyd Wright San Francisco office and Wright’s Butterfly Wing Bridge model plus all the Erie County exhibits, we are poised to increase our visibility as a prime tourist destination that appeals to visitors with global connections.”

Pifer was born and raised in Erie and moved with his family to Perth, Australia. Upon returning to the United States, he sailed onboard Erie’s Flagship Niagara, on a voyage that spanned from Philadelphia to Halifax, Nova Scotia. Pifer called the voyage “the single most powerful and life changing experience.” He later lived in Newport, Rhode Island, but always considered Erie his home.

Pifer returns to Erie with national expertise in nonprofit marketing, fundraising and management. He has multiple ties that connect Erie to national organizations. He is the current Vice Chairman of Tall Ships America, a board he joined in 2006.

While living in Erie, Pifer also served on the Board of Directors for the Erie Innovation District, the Erie Downtown Development Corporation and the Corporators for UPMC Hamot Hospital. He was honored as one of Erie’s 40 Under 40 in 2013 and as a Knight of St. Patrick in 2014.

“It’s a pleasure to welcome Cal back to Erie and the Hagen History Center,” said Kelly Montefiori, president of the Hagen History Center board of directors and COO of Marquette Savings Bank. “Cal has impressive, national credentials in nonprofit management, marketing and fundraising. We are confident that he will help us gain more recognition as a unique museum destination.”

With roots as the Erie Public Museum that started in 1898 and the Erie County Historical Society (1903) had several locations until it moved to its current home at 356 W. Sixth St. in Erie, Pennsylvania. In 2014, the museum expanded, thanks to a capital campaign led by benefactor Thomas B. Hagen. Renamed the Hagen History Center, the campus now includes the Watson-Curtze Mansion (1892); the Wood-Morrison House (1858); a carriage house, a state-of-the-art 10,000-square-foot archives building; and a new exhibit building that includes the San Francisco office of Frank Lloyd Wright with additional galleries.

The Hagen History Center inspires and engages through dynamic educational programs, community outreach, and with relevant exhibits and publications preserving collections and archives to serve as a comprehensive, accessible resources for all. For more information, visit eriehistory.org.