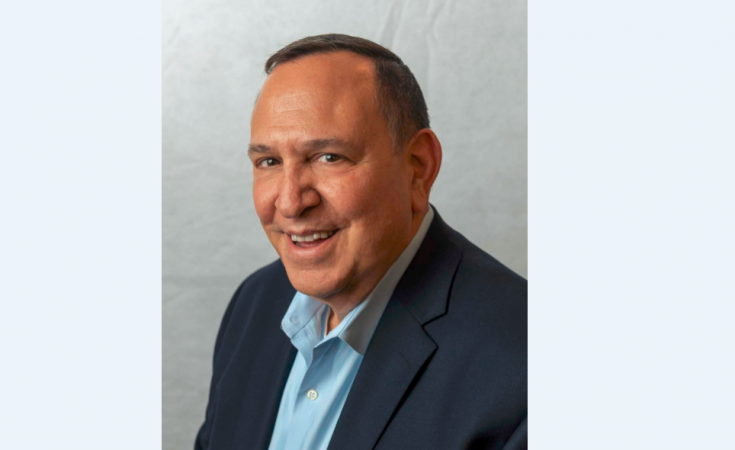 ERIE – Saint Mary’s Home of Erie Board of Trustees has named Allen L. Bonace as president and chief executive officer, effective June 1. Bonace succeeds Sister Phyllis McCracken, SSJ, who is leaving Saint Mary’s, effective June 30, after 35 years of ministry to assume an elected role of Leadership with the Sisters of St. Joseph of Northwestern Pennsylvania.

Bonace joined Saint Mary’s Home of Erie in 2003 as the director of Nursing at Saint Mary’s at Asbury Ridge. In 2016, he was promoted to vice president for Special Projects. Most recently, in January of 2019, he was appointed to the newly created position of chief operating officer.

According to a press release, Bonace brings a track record of strong leadership and proven success to his new position as president/CEO. He has played a crucial role throughout his tenure in advancing the care provided by Saint Mary’s Home of Erie. He oversaw the implementation of an Electronic Health Records Management System resulting in improved accuracy and order follow-through; established the Quality Assessment Performance Improvement (QAPI) plan; established an Infection Prevention and Antibiotic Stewardship Program reducing the spread of disease and limiting the unnecessary use of antibiotics; and successfully spearheaded the initiative to achieve a give-year CARF-CCAC Accreditation, positioning Saint Mary’s East and Saint Mary’s at Asbury Ridge as two of only three CARF-CCAC Accredited Continuing Care Retirement Communities in Erie.

“It is truly a pleasure to be part of an organization as exceptional as Saint Mary’s is, with such a rich history of providing outstanding care,” said Bonace. “I am inspired by the Mission and works of the Sisters of St. Joseph and humbled by the confidence they have placed in me as the next leader of Saint Mary’s Home of Erie. I am committed to leading with a steadfast focus on our Mission of ‘Loving to Care.’ ”

Bonace attended Ohio University, Athens, Ohio, and received an associate degree in Nursing from Hocking College, Nelsonville, Ohio. In addition, he holds a dual Master of Science in Nursing and Master in Business Administration degree from Gannon University. Bonace is board-certified as a nurse executive by the American Nurses Credentialing Center. He currently serves on the Board of Directors at Erie Homes for Children and Adults, Inc. (EHCA) and the Professional Advisory Committees for UPMC Home Care and Family Hospice and Mercyhurst University Nursing Department. He also holds a Pennsylvania Nursing Home Administrator’s license. Bonace has held staff and management positions at both Hamot Medical Center (now UPMC Hamot) and Saint Vincent Health Center (now Saint Vincent Hospital). He also served for 10 years as an adjunct faculty member in the graduate Nursing program at Villa Maria School.

Bonace’s predecessor, McCracken, has served as the president/CEO of Saint Mary’s Home of Erie for the past 17 years and has been key to the success of many large-scale projects. She was instrumental in the establishment of the Gallagher Center for persons with Alzheimer’s and Dementia, expanded Saint Mary’s services by overseeing the planning and development of Saint Mary’s at Asbury Ridge and later the Carriage Homes at Asbury Ridge, directed the accreditation of Saint Mary’s as a Continuing Care Retirement Community (CCRC) and oversaw the $21 million Replacement and Renovation Project at Saint Mary’s East.