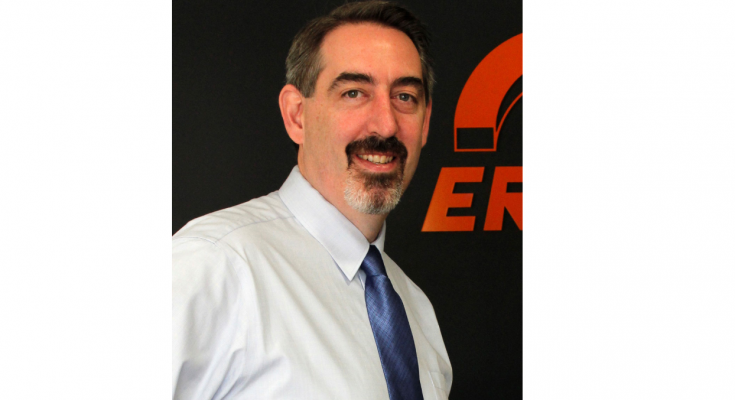 ERIE — Eriez® President and CEO Lukas Guenthardt recently announced the promotion of Jaisen Kohmuench to the position of vice president-International. Kohmuench has been with Eriez since 2000, serving most recently as senior director of Asia-Pacific Operations and Strategy with responsibility for Eriez’ subsidiaries in China, Japan and Australia.

Guenthardt says, “As a member of our corporate management team, Jaisen will be instrumental in developing policies and strategic plans for the global Eriez organization. Given his experience working in many different capacities and operations at Eriez in Erie and internationally, Jaisen has the qualities to take our 12 international subsidiaries to the next level.”

Kohmuench attended Virginia Polytechnic Institute and State University, where he earned a bachelor’s degree of science, a master’s degree of science and a doctorate in mining and minerals engineering. He also holds a Professional Engineers Certification. During his career, Kohmuench has been the recipient of numerous awards, including the prestigious 2018 Frank F. Aplan Award presented by the Society for Mining, Metallurgy and Exploration (SME) and American Institute of Mining, Metallurgical and Petroleum Engineers (AIME). Additionally, Kohmuench has published an array of technical papers and made dozens of professional presentations at various domestic and international conferences.